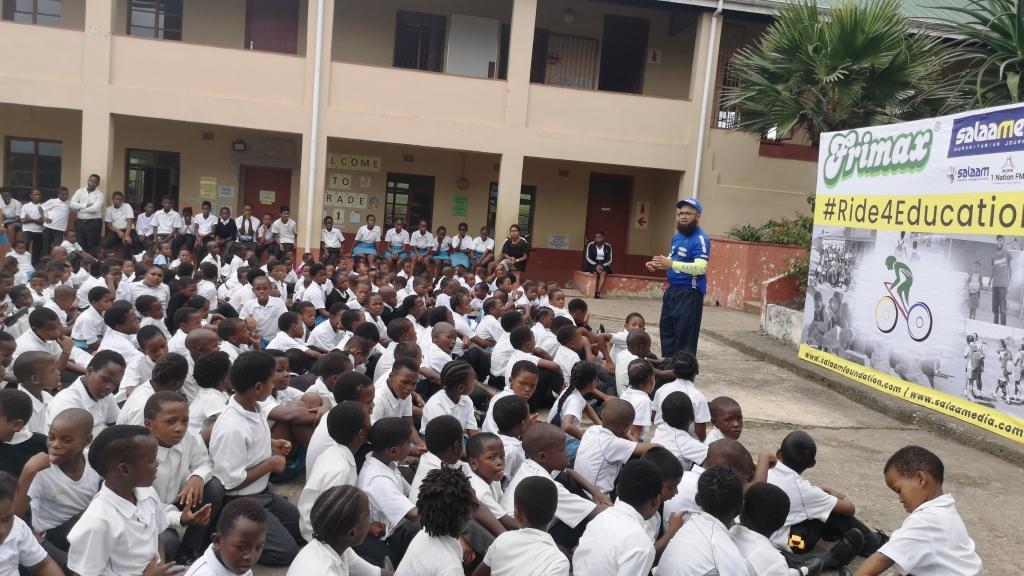 The 4th annual #Ride4Education by Salaamedia has finally drawn to a conclusion for 2020, leaving many introspecting on the state of South Africa’s future generations based on the level of education in the country.

Starting on the 17 February in the northern most city of Musina in South Africa’s Limpopo province, the crew of 4 consisting of Azhar Vadi, Ponty Moletsane, Ebrahim Essay and Zaheer Pahad, cycled and drove all the way to Chatsworth along the Kwazulu-Natal coast, passing 10 towns along the route. 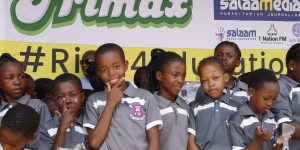 In each area 1 or 2 schools in extremely rural and disadvantaged situations were visited.

“We need to reach the parts of South Africa that are not often visited,” said Mr Moletsane, the COO of Salaamedia.

At each venue three key messages were delivered to the learners – 1: Look after your school, do not destroy it and do not let anyone else damage your school building. 2: Never litter and always pick up litter found in your school. 3: Respect your teachers as they are the people providing you with education to become successful one day.

Sporting kits for netball and soccer teams were also delivered to schools along the route as well as pens and Frimax snacks.

Joining the crew at some schools was Junaid Bhayat, a senior representative of Frimax Foods. “We are proud to be associated with an initiative that aims to uplift South Africa’s learners directly. It has been quite an experience for us and we pledge our continued support to these learners.”

At the final school identified in Chatsworth, Summerfield Primary, a fully fledged computer lab to the value of R160 000 was donated and officially opened on the 29 February 2020. The lab will introduce learners to the 4IR world and provide them with skills necessary for the future.

“The fact of the matter is that children in the primary school level need as much support as they can get,” said Salaamedia CEO, Azhar Vadi. “If we don’t come together as a nation to lend a hand, then we will have a weak future. The few words of motivation and the little gifts shared may be just that push needed to get a learner to transcend from good to excellent or from fail to pass. This is what keeps us motivated year after year.”

You can donate to the South African education funds as well. Contribute to:

Contact fatima@salaamedia.com for the issuing of a Section 18 A tax benefit certificate