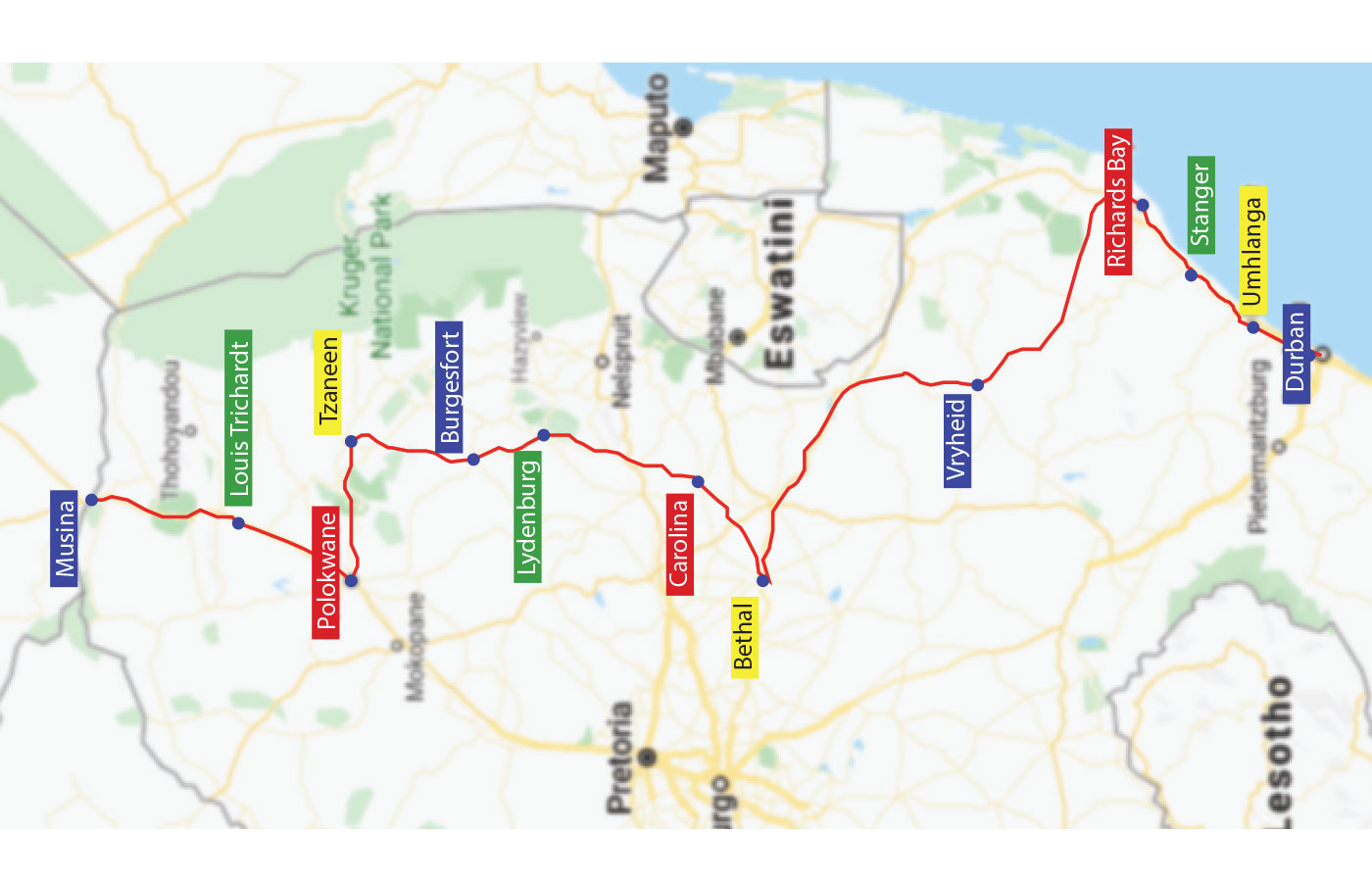 This time, the cyclists will brave a route starting in Musina, at the Zimbabwean border and then make their way down to Kwa Zulu Natal.

Along this route, the team of cyclists will be visiting schools that are otherwise forgotten in the most rural parts of Southern African. The plight of the impoverished school learner will be highlighted,and their challenges amplified as the team aims to visit the most impoverished schools along the route coming down to Kwa-Zulu Natal.

This year the team will be starting in Musina at the Zimbabwean Border and then doing a distance of approximately 2000 km through three provinces before making their way to Chatsworth, KwaZulu Natal.

The platinum sponsor behindthe ride for 2020 is Frimax Foods once again.

Salaam Foundation would like to open a computer centre in the heart of Unit 2 in Chatsworth at Summerfield Primary School at the end of this ride. With your help we hope to empower children at this school with access to skillsthat they would otherwise not be exposed to due to their unfortunate circumstances.