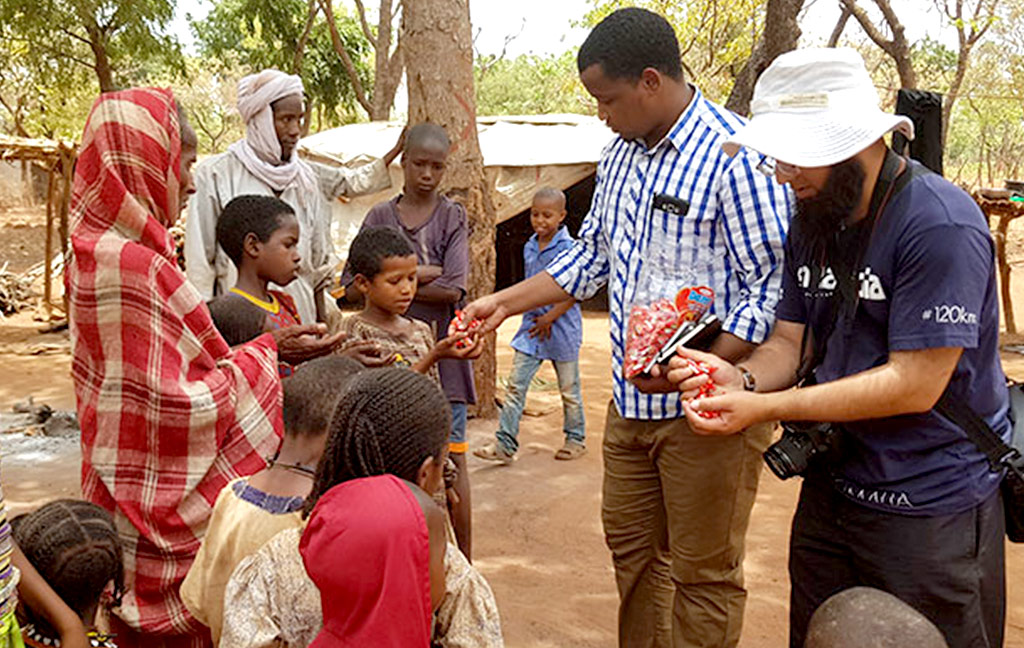 Salaam Foundation looks back on their visit to Chad

The gruelling, pothole-ridden journey from N’Djamena- the capital of Chad- to the Koubitay refugee camp in Goré on the border of the Central African Republic (CAR) left, Fatima Sookharia, CEO of the Salaam Foundation with an upset tummy. The mother of two recalled the nausea and joked that the drive gave her land-sickness. After throwing up and travelling for a total of 15 hours along the 600km road she finally reached the refugee camp, home to approximately 30 000 refugees from CAR, along with her team. Back in South Africa speaking to Salaamedia she recalled the experience as being “overwhelming.”

Following a decision made in March, the Salaam Foundation visited Chad in November 2018 for the delivery of aid collected during the year. Five members went on this incredible journey in which 20 tonnes of food, 2 400 Qurans, and hundreds of Islamic books were donated to the people of Chad. Four boreholes and a grinding machine were also inaugurated and officially opened.
During the interview with Inayet Wadee, Sookharia relived her trip. She described the conditions in that the refugees fled from in the CAR as “one of the most grotesque human rights violations” in which the entire Muslim population was almost ethnically cleansed.

In a civil war that raged approximately four years ago between Muslim and Christians, the rebel groups; the Seleka and the anti-Balaka; employed guerrilla warfare tactics, involving civilians in their clashes, leaving thousands of men, women, and children displaced and injured.

The barbarities committed against the civilians included cannibalism, slaughter, mass killings and rape.

Sookharia explained that the #Survivor campaign by the Salaam Foundation focused on atrocities committed against women and children across the world, and in this instance, concentrated particularly on the sexual abuse and rape that CAR refugees experienced.

The #AfricaArise Campaign was dedicated to Africa, a neglected continent in which people are suffering incredibly. Sookharia stated that many organisations focus on human rights violations in countries such as Syria and Myanmar, but overlooked African countries.

Politically Africa has become the new frontier for neo-colonialism and China is offering multiple economic development prospects, but at a price. Between old powers pillaging their former colonies and Chinese intervention, African countries are being robbed of their natural resources. Farms and plants established by Chinese conglomerates, as well as American and British corporations, are visible across Chad.

The stipend received from the World Food Programme has been reduced from $10/month to $6/month.

“No matter how much we send, it’s still not enough,” said Sookharia. The refugees, whom she described as being extraordinarily humble and respectful, have extreme, dire needs which cannot simply be fulfilled in the short term.

Due to the conditions in Chad not being conducive to reporting, over the next few days Sookharia will be recounting her journey on air.
Finally, you can assist greatly by donating to the Salaam Foundation using the banking details provided below: